What to Do When Xbox Won’t Connect to Your TV? (RESOLVED) 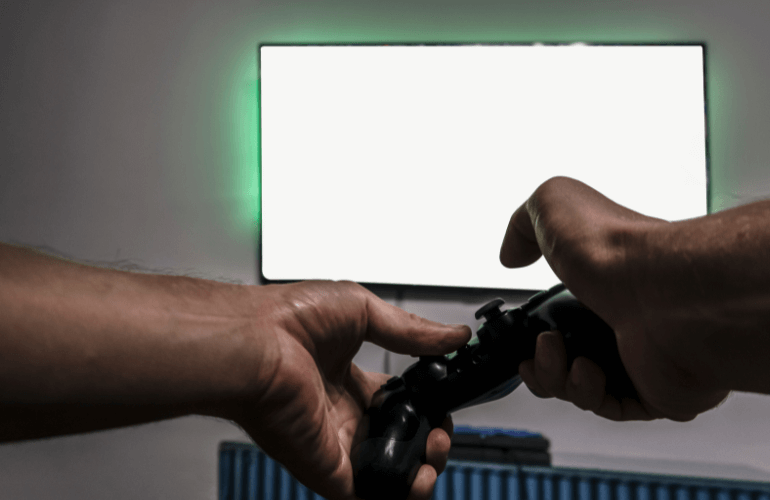 If Xbox cannot connect to your TV, restarting Xbox will solve the issue.

You can check the HDMI cable when the screen shows a “No Signal” message. If there are no attachment issues in the HDMI port, it is better to plug it into a different port. It is better to check with the professionals when there is a red or orange light on the Xbox.

It is the short answer to what to do when Xbox won’t connect to your TV.

You will find a detailed explanation in the Xbox troubleshoting sections below.

What Are the Reasons Why Your Xbox Won’t Connect to the TV?

There are a few reasons for the Xbox and TV connection issues.

You may need to take it to the company for repair if there is a persistent problem.

You will find the reasons for the most common problems in this list.

A person who cares for his Xbox will not face hardware issues. The issues are usually due to HDMI cable or TV.

How Can You Troubleshoot the Problem When Your Xbox Isn’t Connecting to the TV?

We prepared a list of steps to help you solve the TV connection problem.

It is better to start with easy steps that take less time.

You can go to the advanced levels when you cannot connect to the TV after the easy steps.

You must check everything on the list before you get professional help.

You will find answers to your questions about the console issues.

1. If Your Xbox Won’t Connect To Your TV, Make Sure the Xbox Is Turned On

Some may think it is a useless step as everyone knows when they turn on the box.

You may forget to press the power button, or the Xbox did not start accurately.

If you see no white light around the power button, there are issues with Xbox initiation.

You may have pressed the button with less force.

You can use your ears to check the Xbox power.

You can hear the sound of the fan when you press the power button.

You can go to the next step if you hear the fan sound.

2. If Your Xbox Won’t Connect To Your TV, Perform a Soft Reset of Your Television

If there is power in your Xbox and no display on the TV, you can soft reset the TV.

It is better to do this step at the start as it is a common issue.

People look for the problems in the Xbox and ignore the TV.

Soft resetting will ensure you can check the Xbox if you get no display as there are no issues with the TV.

You can follow these steps to reset the TV.

3. If Your Xbox Won’t Connect To Your TV, Perform a Soft Reset of Your Console

It is better to use the console reset option if you did not get a display after resetting your TV.

A soft reset is an easy procedure as you have to remove the power source from the Xbox.

You can start the procedure by turning on the console.

You can follow the steps below to go to the next levels.

It is better to combine steps 2 and 3 as you can save some time in the resetting process.

4. If Your Xbox Won’t Connect To Your TV, Make Sure the HDMI Cable and Inputs Are Working

The HDMI cord is responsible for transmitting the images to the TV screen.

This cable takes the signals from the HDMI port of the Xbox and sends the information to the TV.

We receive the output on the TV in the form of images.

You will receive a “No signal” display when your HDMI cable is not working.

You can first check if the HDMI cord is attached to the Xbox and TV.

You also check the firmness of the data connection.

You may face lost connection issues when one port is worn.

You can change the HDMI cord sides to ensure there is no problem with the Xbox port.

It is better to use the spare cord to connect your TV and console as it is the best way to rule out cable issues.

5. If Your Xbox Won’t Connect To Your TV, Make Sure the TV Input Is Working

You can do it by pressing the source button or checking the input settings.

Some TV show many input options when there are more HDMI ports.

You can ensure the option you select for the input is the same as the port you used to attach the HDMI.

You can try all the HDMI options in the TV settings if you are unsure about the HDMI port.

It will help you rule out the TV setting problems.

6. If Your Xbox Won’t Connect To Your TV, Check for Signs of Damage

You can look for the signs of damage to the Xbox. You can find the signs of physical damage by inspecting the Xbox. It is also possible to check some indications from the Xbox to know the type of damage.

You can check other ways of checking the damage on the Xbox official website as it may show some different light colors. You can also call the Microsoft to get

7. If Your Xbox Won’t Connect To Your TV, Make Sure the Xbox Power Brick Is in Good Condition

You can check the Xbox power source brick to ensure it is getting enough power.

The older Xbox models do not have these bricks as there is an internal power source.

You can inspect the power supply issues with the orange or red light on the Xbox.

It should show a white light when there is no power supply issue.

You can try a different power supply if the brick has a red or orange light.

8. If Your Xbox Won’t Connect To Your TV, Turn Off and On the Internal Power Supply

There is an internal power supply in the Xbox.

This power supply is crucial as it helps the console connect to the other devices.

You can solve the internal power supply issues by following some easy steps.

You can also troubleshoot the issue by removing the cable going to the power supply.

You can detach the power supply cable and reset your console after that.

9. If Your Xbox Won’t Connect To Your TV, Clean Your Xbox from Dust

Dust can enter the Xbox when the fan pulls air into the Xbox.

This dust can clog the air passage and overheat the Xbox.

Dust can affect the internal circuits of the Xbox also.

The console can also malfunction due to overheating if you do not clean the dust.

You can remove most dust from the Xbox by using compressed air.

You can blow air into the air inlet and outlet of the Xbox.

If you cannot remove the dust due to more buildup, you can take the Xbox to a professional for cleaning.

You can also follow these steps to clean the dust from the Xbox.

10. If Your Xbox Won’t Connect To Your TV, Take Your Xbox to a Repair Shop

With enough time and a Microsoft warranty, it is better to send it to the company for repair.

Microsoft manufacture all the Xbox.

You can send the Xbox to Microsoft for repair.

They will receive the Xbox to inspect and repair the issues.

There is no need to pay the repair charges if the Xbox has a Microsoft warranty.

It is better to get the repair estimates from the local repair shops if you do not have a Microsoft warranty.

You will get your console back after the repairs in a week or two weeks from Microsoft.

If you take it to the local repair shops, you will get it fast.

How Can You Tell if the Problem Is Your TV?

You can attach the Xbox console to another TV if you feel there is a problem with the TV.

It is the best way to test the Xbox.

You will know there is a problem with the TV when Xbox has no problems with the other TVs.

Testing the Xbox with a new TV is better because consoles have more sentimental values.

What Can You Do When Your Xbox One Works on One TV but Not on Another?

The HDMI port of the TV can be responsible for the issue.

You may have to repair the TV or play games on a new TV instead of the old one.

There is no need to do anything to the console because Xbox One is not causing problems.

To Summarize: What to Do When Xbox Won’t Connect to Your TV

Many people think it is the end of the world when the Xbox won’t connect to the TV. There are some things you can do to solve the issue.