What to Do When Xbox Won’t Stay On? (HERE IS WHY) 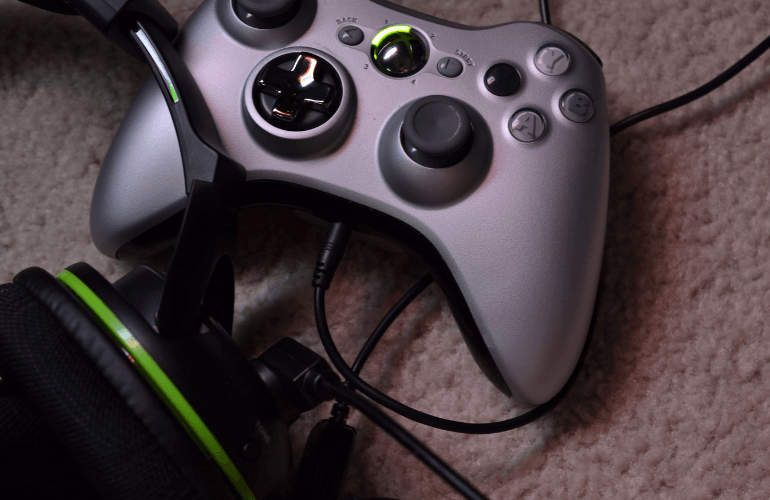 If you’ve ever played the Xbox, you know how amazing this gaming platform can be.

If it can’t stay on, you won’t get the opportunity to experience all the fun it has to offer.

So, what to do when your Xbox won’t stay on?

The reason why your Xbox won’t stay on might be caused by multiple reasons. For instance, it might be a poor electrical connection, a software or hardware failure. If this is the case, you should connect your Xbox to a different power socket, dust off your cables and console to guarantee adequate ventilation, and reset the Xbox.

We know that such a general evaluation might not be helpful in some situations.

For this reason, we’ll inform you about all the possible issues that could result in your Xbox refusing to power on, together with the solutions to each problem.

This way, your Xbox will be operational in no time!

Is There a Reason Why Your Xbox Won’t Stay On?

Your Xbox won’t stay on due for several reasons simultaneously.

It might not be one issue; there may be a few possible causes.

Sadly, this translates to a trial and error process to find the ideal solution for your gaming platform.

All the same, distinguishing the possible culprits is handy in determining the problem.

For instance, the solution is relatively straightforward if the issue is a poor electrical connection.

This means the Xbox isn’t accessing sufficient power to operate.

You can solve this by connecting it to a different power outlet.

Also, the issue could be that the cable or extension you’re utilizing is spoiled.

The issue might not be as simple as a malfunctioning cable or extension cord.

For instance, it might be a software anomaly or an issue with the Xbox.

These problems are more challenging to troubleshoot because it is extremely difficult to explore the problem if your Xbox won’t stay on.

Software glitch problems are the most difficult to solve.

Nonetheless, it’s not impossible to find a solution regardless of how significant the issue might be.

As promised, we’ll go through the different problems and solutions; hopefully, they’ll help make your Xbox operational once more.

What Can You Do If Your Xbox Won’t Stay On?

As previously mentioned, the reason your Xbox won’t stay on might not be one specific problem.

Hence, the best way to find a solution is to list possible problems and solutions.

This way, you can eliminate the issue once you try the solution to a given problem, thus narrowing down the problem.

What’s more, it would be best that the list start with the simplest issues and move on to the more complex ones to avoid wasting time using complex solutions when yours is a simple problem.

1. If Your Xbox Won’t Stay On, Look for Electrical Issues

Fortunately, your Xbox might not have a big issue, and it could be an electrical problem hindering it from switching on.

What you should do first is connect it to a different power outlet.

Moreover, if you’re utilizing an extension, try connecting your Xbox to the power outlet on the wall directly.

At times, the outlet you’re plugging in might have an issue.

This might also be the case with your extension cord or power guard.

Besides, you should confirm whether your connections are dust-free.

Ensure the Xbox and Cable ports are clean also, as dust-filled or clogged connections can lead to power issues.

The problem might be with the power cord if it still doesn’t power on.

So, if you know someone with a similar Xbox, you can use their cord to confirm whether your cord is the problem.

If it works, then you’ll have to purchase another cord.

Again, if you’re utilizing a power strip, try connecting your Xbox directly to the power outlet on the wall.

What’s more, you can attempt resetting the power supply using these steps:

If this doesn’t work, your Xbox could have hardware issues.

That said, do not open it up in an attempt to fix it.

You’ll probably do more harm than good. Besides, this could render your warranty void.

All the same, if the Xbox still refuses to power on, here are some other solutions you can try our next troubleshooting tip.

2. If Your Xbox Won’t Stay On, Check Your Settings

At times, the console might not be the problem.

For this reason, it would help to adjust several settings to see whether your Xbox will respond.

Here’s how to go about it:

Play any game to confirm if the problem is resolved when you’re done.

If the Turn of after setting was activated, setting the Xbox on doesn’t automatically switch off will solve the issue.

3. If Your Xbox Won’t Stay On, There Could be an Overheating Problem

Generally, high temperatures can harm computer parts; the Xbox is probably built to power off if there is an issue with the console’s heat dissipation.

This means that the exhaust sections or fans of the Xbox have an issue.

Even though it might not be the case, you’ll regularly hear it make loud noises before it shuts down when it’s overheating.

So, makes sure that the exhaust vents are clean and ensure that the vents have ample space to release the hot air.

Since you can access the fan easily, you can attempt to take the Xbox apart to check whether it is entirely spoiled or requires dusting.

However, remember that taking apart your Xbox will void the warranty.

If these three solutions don’t fix your Xbox issue, you might be dealing with a more serious problem than we thought.

4. If Your Xbox Won’t Stay On, There Might be Software Issues

Lastly, it’s possible that your Xbox won’t stay on due to an internal software problem.

To fix this, you must reset it and hope the problem is solved.

While you’re unable to access the menu panel, there is a way you can reset the Xbox.

This is called soft resetting. If it doesn’t work, you could require factory resetting it, though it will delete everything from your Xbox, including your game’s progress.

That said, all your information is on your profile; hence even though you need to download everything, you won’t require purchasing the games again.

This is because all your saved information will be available on the cloud.

To Summarize: What to Do When Your Xbox Won’t Stay On?

When your Xbox won’t stay on and you don’t know what to do, try out these solutions from the most basic to the most complex.

This will save you time and effort if your issue isn’t complicated.

Try plugging in a different power outlet, clean the ports of the cords or change your power cord if necessary.

Next, ensure the exhaust vents and fans are dust-free.

If your Xbox still has an issue, try resetting it.

You will have to take your Xbox to a professional and have them fix it.

Moreover, if your warranty is active, fixing it should be free.

For this reason, it might not be a good idea to open up your Xbox as it might make the warranty useless.

So, what to do when your Xbox won’t stay on: